Well, the hosting of this blog to be more specific.

I’ve moved from hosting it here on wordpress.com to a self hosted blog which can be found at http://d700diaries.net. There’s nothing wrong with the hosting service provided by wordpress.com, far from it in fact; I just wanted the additional functionality that a self hosted blog would bring and I’m still using the excellent wordpress software. What the move means is that hopefully my blogs will automatically publish not only to my Twitter feed, as it does now, but my Facebook page as well.

My apologies to those of you who have subscribed to this blog for the inconvenience in having to resubscribe to the new blog but I do hope you’ll make the effort and continue your support.

Two new things for me: photographing wildlife & remote triggering my camera (ok, so the wildlife wasn’t that wild). 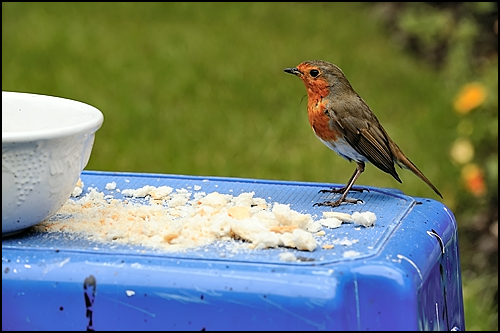 This little fellow had been frequenting our garden for a while and had sort of got used to us etc. He wasn’t quite comfortable being close enough to get a good shot of though, seeing as the longest lens I have is 200mm. What I did have however was a Hahnel radio trigger. One of those inexpensive “seemed like a good idea at the time” purchases which, after the initial novelty has worn off, never sees the light of day again. Until now…

Ok; so I only had to wait about 45 minutes before I got a decent couple of shots, not perfect, but passable.

The moral of the story? Clearly, wildlife photography is a game of patience and if you want good results you have to wait… and wait.

Thought I’d try something a bit new: using the sun as a back light & my SB900 as the main subject light.

Obviously it’s a well known, tried & trusted technique but I’ve not really had much opportunity to do much with it. So when we decided to meet earlier (6:30am instead of 7:30am) for our regular(ish) walk, I thought “Hmm; might be an opportunity”.

To be honest, given that my SB900 should have done all the hard work via the Nikon CLS, it wasn’t the unqualified success that I was expecting. However, what I did get was a couple of surprises and I learnt something.

Firstly the two images here surprised me. The first one is a silhouette of Kev. It was supposed to be a portrait of him illuminated by the SB900 and backlit by the sun. The second image of Mark & Kev is closer to what I was after. 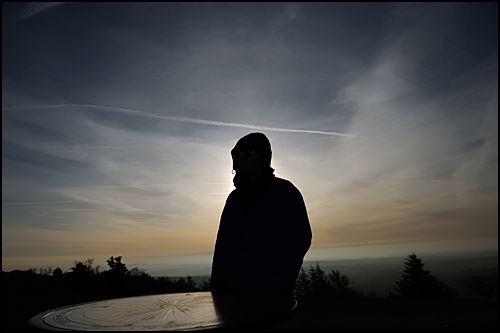 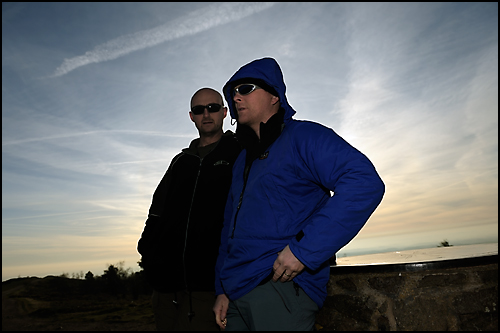 What I learnt was not so much how about exposure and flash compensation, Nikon iTTL and whether to put the diffuser on or not etc, but that even what I consider to be a failure still may still have something.

The website is live once again following a bit of an overhaul.  I’m also planning some further web presence i.e. Facebook fan page, but for now: www.timwilcox.net  – check it out.

So should your subject pose or not?

Does catching someone unaware make for a more natural, less contrived image?

I’m guessing that the jury is still out, and will be for a long time, on that one. To be honest I don’t really know myself. I certainly don’t like anything that looks too staged but then again a certain amount of “direction” may be needed to achieve the desired result.

I must admit that I very often have to settle for the natural look as whenever I seem to point a camera at people, or wildlife come to that, they get up and walk away! Perhaps it’s not because they don’t want their picture taken; they just don’t want it taken by me! 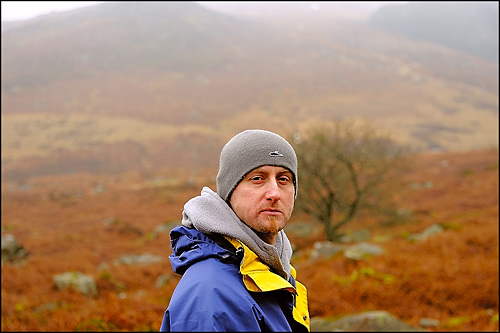 Anyway, this particular image highlights both points. The subject wasn’t posed in any way and, as you can tell from the look on his face, he wasn’t too happy about me taking the picture!

In fact the truth is he didn’t actually mind. I just happened to capture his expression just as he looked round.

It’s a shot of my friend Mark, taken in the Burbage Valley in Derbyshire on a quite miserable Sunday Morning in early February. We’d gone out to reconnoitre some potential climbing routes on the gritstone out crops for when the weather improves. So guide book in hand and with Chessie (Mark’s dog), we set off down the valley. The light wasn’t great to say the least so I hardly bothered to get the camera out; despite that fact that I’d brought three lenses, tripod, a couple of flashes and bits & pieces etc. So when we stopped for a quick snack & essential cup of tea, I just fired off a few shots to at least make me feel that I wasn’t carrying all that gear around for nothing!

As it turned out I did get a few “keepers” that day, some of which are on my website: www.timwilcox.net, including a shot of Chessie who was stationary just long enough for me to capture a reasonable profile and she is one subject that will never sit & pose!

So I’ve finally got around to it; a blog!

Along with my own photo website timwilcox.net, which is currently undergoing a bit of a makeover so there’s not much on there yet, I’ve decided that I might just have gotten my photography to a level where I can show the world some examples of my work.

Like most photographers I take loads of images and then decide that most just aren’t good enough; whether it’s for technical reasons, bad composition etc there are lots that just don’t make it. But occasionally, just occasionally, there’s one that makes you think and it’s a real joy when you look at it and go “yeah, that’s good enough to show off”. And this is where this blog comes in. Besides being a vehicle for my ramblings about this wonderful hobby (some might even call it an obsession) the odd image will get posted on here and if there’s a story behind it then so much the better…

Which very neatly brings me on to why “The D700 Diaries”. Well the “D700” bit is fairly obvious; it’s my camera of choice. I must point out at this juncture that I’m in no way affiliated/employed/sponsored by Nikon etc. I just like their gear and have invested quite heavily in it to boot!

And the “Diaries” bit? Well, I’ve taken that from the title of Joe McNally’s book “The Hot Shoe Diaries”; a book which did more for my photography than anything else and as I’m now a big fan of Joe McNally and his work I thought it would serve as an acknowledgement of my admiration… I hope he sees it that way!